American Idiot took to Inverness’s Ironworks for the first time on the 23rd of March 2017, after 9 months of rehearsal.  The cast worked really hard to present a slick show in front of an audience of over 250 people. 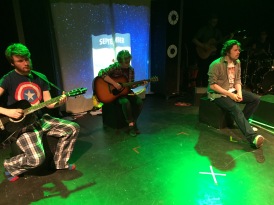